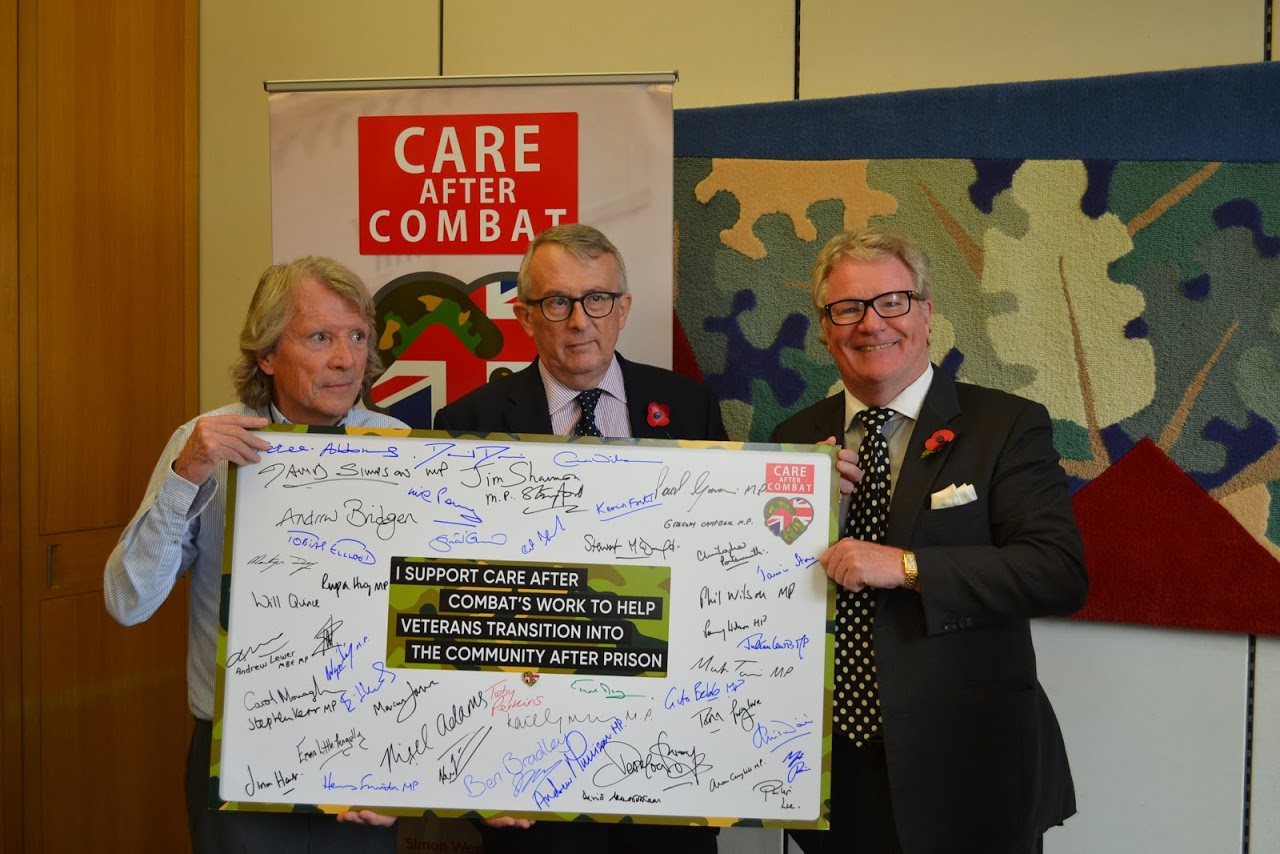 As part of a series of Remembrance events, Jamie Stone has attended a Parliamentary session with Care after Combat, the charity working to help prisoner veterans to reintegrate into society after leaving prison, to learn more about its vital mentoring services.

Care after Combat mentors incarcerated veterans serving the final eighteen months of their sentence to help them make the successful transition from prison life, to being responsible members of the civilian population.

“The Armed Forces Covenant is an agreement between our country and those who put their lives on the line to defend it, and we have a responsibility to look after the welfare of all our veterans, especially as they leave the Armed Forces and make the massive and often daunting challenge of transitioning to civilian life.

“Care after Combat provides dedicated support for those least able to make this transition and who often fall into the prison system as a result. We must do everything we can do end this vicious cycle and I am pleased to pledge my support.”