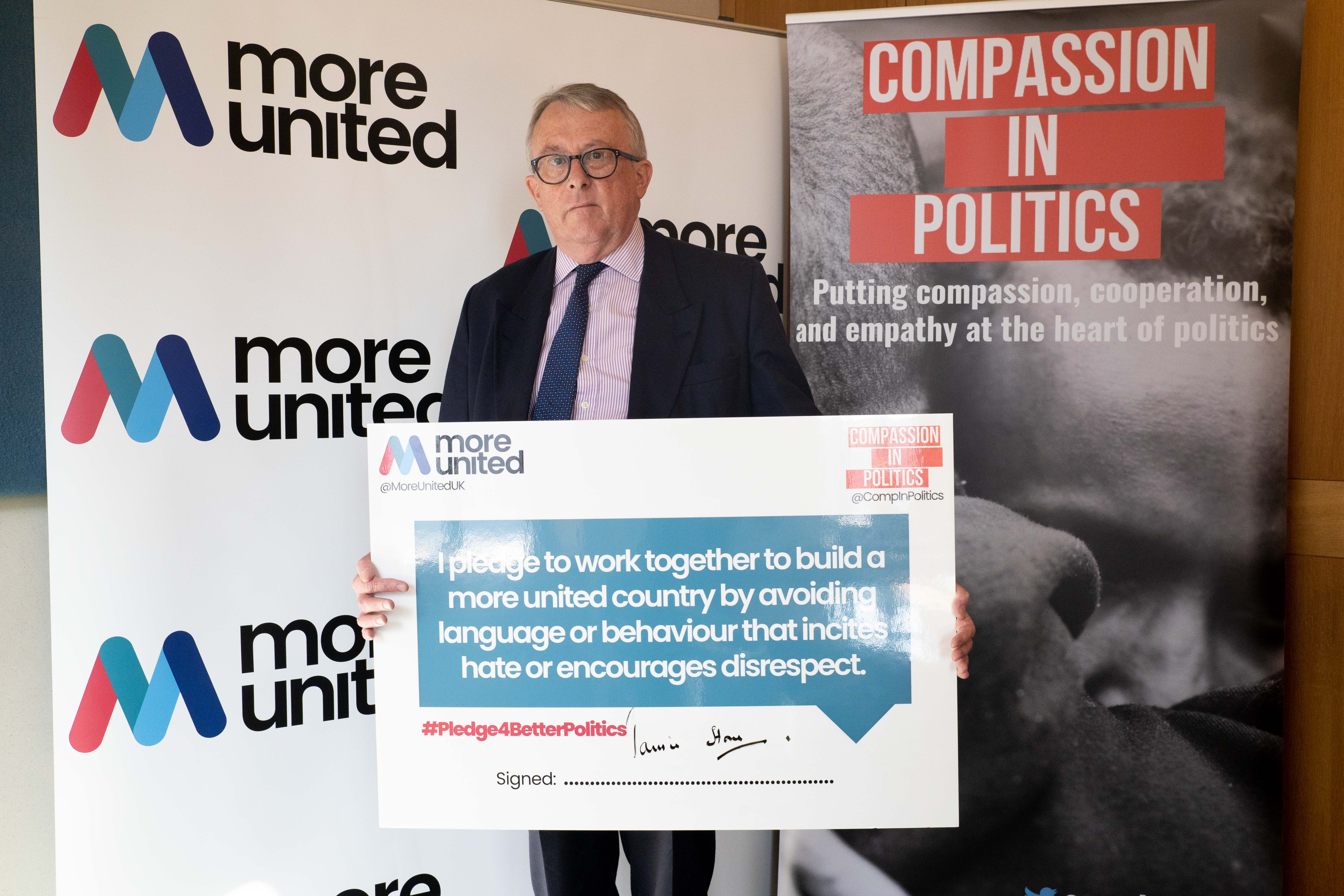 Jamie Stone joins cross-party calls for a new code of conduct for behaviour in the House of Commons.

Led by More United and Compassion in Politics the new code of conduct will start to bridge the divides in parliament and raise the standards of debate in the House of Commons.

“By signing this pledge I am committing to work to build consensus with my Parliamentary colleagues in a constructive and positive way.

“We must put the country first and find ways to work together on the most pressing issues we face.

“Deliberate use of inflammatory language has no place in parliament, or any work place, and MPs must commit to be held to a higher standard.”

As your elected representatives, we should be the change we want to see. We pledge to uphold the code: