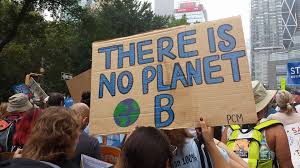 Commenting on the Extinction Rebellion protests which aim to shut down Westminster for the next two weeks, Jamie Stone said:

“The Lib Dems have been calling on the Government to declare a climate emergency and act accordingly and are supportive of the aims of Extinction Rebellion to start meaningfully dealing with the climate emergency.

“Some of Extinction Rebellion’s actions have been counter-productive. Disrupting public transport seems to contradict the aims of cutting emissions and tackling climate change but unless there is urgent action to tackle out of control climate change, our environment and future generations will suffer.

“The Government needs to take this seriously, declare a climate emergency and reverse the damaging policies they are putting in place which threaten the environment.”